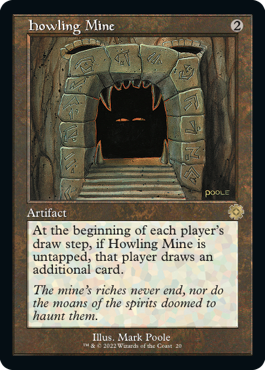 The Brothers’ War was a tale lost to myth and legend until now. On November 11, you’ll be able to head to your local game store or Amazon to find the real story for yourself. Here’s what you might find:

The Brothers’ War was fought in times of antiquity. Each pack contains another little piece of Magic‘s history: 63 artifacts from across Magic‘s past in the retro frame. Some are appearing for the first time in the retro frame, and some have been here before, but they’re all ready to slot in your favorite deck. 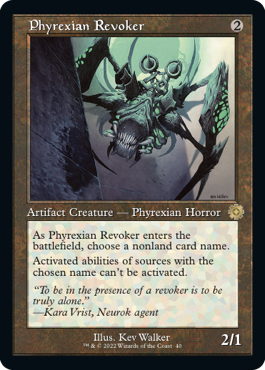 There are 63 retro artifacts: 18 uncommons, 30 rares, and 15 mythic rares. Each Set and Draft Booster contains a retro artifact. Collector Boosters contain retro artifacts as well—you can read below for the full product details. 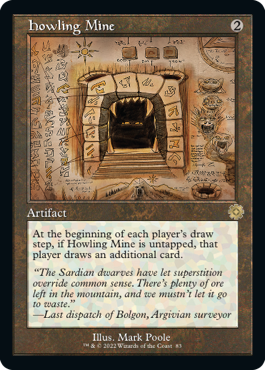 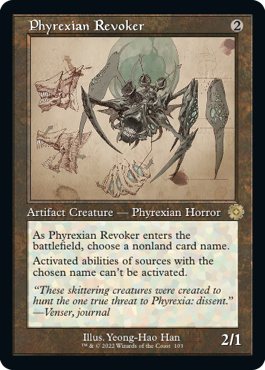 (In their wildcard slots, approximately 24% of The Brothers’ War Set Boosters contain an extra retro or schematic artifact as well.)

We have also made schematic cards that are their own unique pieces of Magic‘s history. Each of the 63 schematic cards has 500 serialized versions. Each serialized card is numbered from 1 and 500 and appears on a double rainbow version of our traditional foil:

There are tons of giant robots fighting in the Brothers’ War—the perfect opportunity to bring other Transformers bots in from Universes Beyond. These cards have their own set code: BOT. You can find 15 Transformers in the BOT set. They are all mythic rare, and they are all mechanically unique. BOT cards can be opened in Set and Collector Boosters in both foil and non-foil. 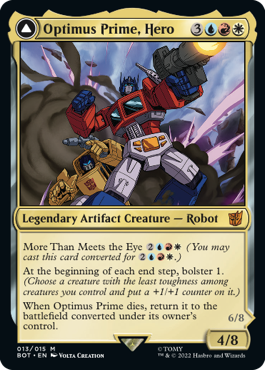 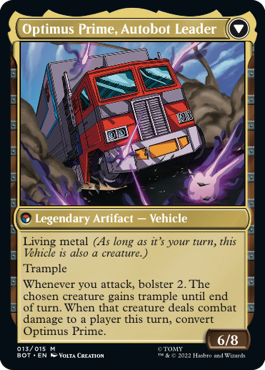 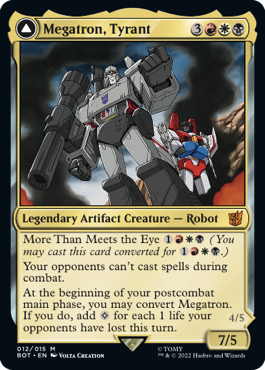 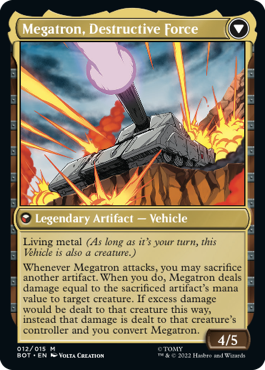 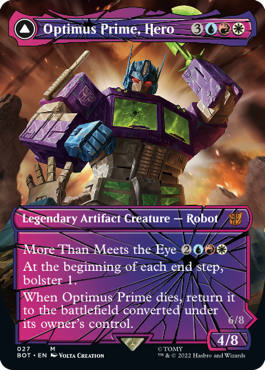 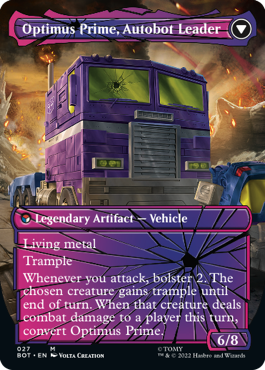 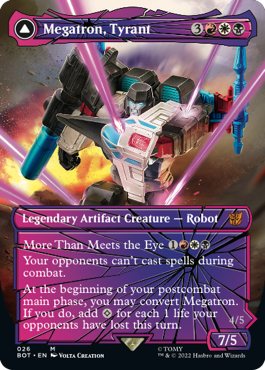 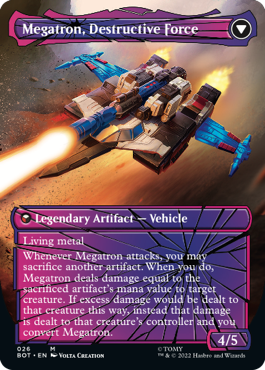 Urza and Mishra have built enormous war machines for their struggles, and you can see all sorts of these constructs on the mech basic lands. There are ten mech lands, two for each basic land type:

Meld cards in The Brothers’ War and cards that appear in borderless art do not appear in extended art. 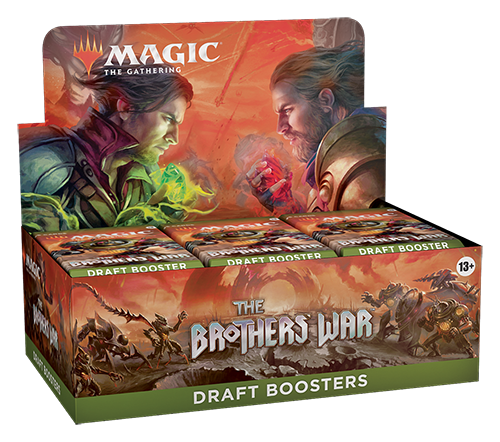 Each Bundle contains eight The Brothers’ War Set Boosters to crack open in a great box for holding your cards and displaying, in addition to:

Just in time for the holidays, The Brothers’ War will also be coming with a Gift Bundle on December 2, complete with an additional Collector Booster with the eight Set Boosters, a foil Transformers series card, and a Transformers-themed spindown die.

The Brothers’ War will mark the second time that Jumpstart has released with a themed Magic set and Standard-legal cards. Jumpstart is the quickest and easiest way to play a Limited game of Magic: just open two Jumpstart Boosters, shuffle them together, and play! Jumpstart is a great sealed experience for everyone, from new players to long-time Magic fans. Skip the deck building and jump right into playing games of Magic.

The Brothers’ War Jumpstart Boosters come in one of ten themes, and when you put them together, anything can happen. Play a few games of Jumpstart, and you might find grave-bound Gixians using Urza’s powerstones, or Mishra’s mighty machines teaming up with Titania’s Argothian defenses. Each color has a rare card designed for Jumpstart and two themes, each a variant on the same mechanic.

New Magic players can visit their local WPN store to receive a Welcome Booster. As we begin to explore Magic‘s history with The Brother’s War and Magic‘s future in 2023, now is a great time to introduce a friend to Magic: The Gathering!

There’s still time! Head over to get 8% Bonus Bucks on...

He just became the new President of PSA, but @rhoge has...