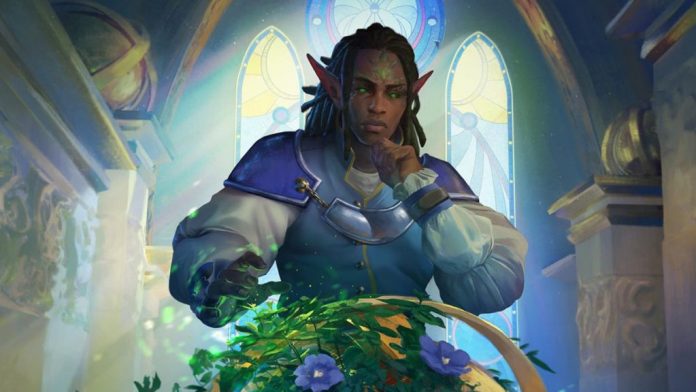 Following Unfinity, Double Masters 2022, and Commander Legends: Baldur’s Gate, delays have become commonplace in Magic: the Gathering. Unfortunately, this trend of production troubles doesn’t seem to be over, as now Dominaria United has been delayed. To make matters worse, this latest delay to a premier set is one of the worst MTG has seen.

According to Wizards of the Coast, this latest delay affecting Magic: the Gathering product is due to “logistical issues.” These issues primarily affect the Asia-Pacific region. However, the Lain America region has also been affected. Thankfully, these delays primarily do not affect draft and set boosters for Dominaria United. This latest logistical delay should also not affect standard prereleases across regions.

With a number of country-specific delays announced by Wizards here’s a rundown explaining exactly what’s delayed and where.

In Japan, Dominaria United Collector Boosters are unfortunately being delayed. However, the release of these products is still expected by the set release date of September 9th. As a result of this delay to a major product, Wizards of the Coast is extending Dominaria United Jumpstart Prerelease event scheduling in this region.

In Taiwan and Hong Kong, Dominaria United Set Boosters are being delayed; however, only Japanese language boosters. The release of these products is expected by “the end of September,” so hopefully, the wait won’t be too long. Thankfully, this delay does not affect the Prerelease product, and these events should run smoothly.

In Australia, Dominaria United Jumpstart 2-Pack products and Draft Multipacks are being delayed, with their release being pushed back until “late September.” Thankfully, the Prerelease product should not be affected by this delay.

Unfortunately, throughout Latin America, Prelease products are seeing substantial delays. As a result, Dominaria United Prerelease Kits are not expected to arrive in stores until “one week after the release of Dominaria United.” To help mitigate the impact of this delay, Wizards of the Coast has announced they’re extending Prerelease scheduling. Prerelease events will be extended until September 22nd. Players are encouraged to check with their local game store for the dates of rescheduled events.

Unfortunately for Magic fans worldwide, this likely isn’t the last time a set will face a delay of some kind. More logistical delays are almost inevitable because the world is still being affected by the ever-persistent COVID-19 pandemic. Hopefully, further delays will be more limited in scope, so fewer players are affected by this frustrating occurrence. We can only hope that the increasing popularity of Magic: the Gathering doesn’t exacerbate the problems already being experienced. Ultimately, however, we’ll just have to wait and see how long this troublesome issue persists.

As with any delay announcement, Wizards of the Coast ended their statement with an apology. “Thank you for your understanding and patience. Our teams are hard at work across the globe to reduce the impact of logistical issues and support your store and community. We hope that, despite these delays, you have an incredible Dominaria United Prerelease week.”

SHE LOOKS SO SURPRISED – Quintessential Quintuplets 2

When you see people say your article “lied” or was “wrong” because they made assumptions without reading it. https://t.co/UNtEAj…