The Heisman Trophy award was founded by the Downtown Athletic Club in 1935. The award is named in honor of the club’s athletic director, John Heisman. According to the Heisman Trust, the award recognizes a player who exhibits outstanding performance in the pursuit of excellence with integrity. Winners exhibit great ability, diligence, perseverance, and hard work. The Heisman Trophy is one of the oldest awards in college football history.

Sports journalists, previous Heisman Trophy winners, and fans vote on the award. Sports journalists make up 870 votes since they’re seen as the most informed and impartial voters. Previous Heisman Trophy winners get 57 votes. ESPN collects one fan’s vote through online voting. Deloitte, an accounting firm, tabulates the votes. The winner is awarded the trophy in early December, before any postseason bowl games.

Plan to see these names often this year. Heading into the 2022 season, these players rank high as Heisman Trophy favorites.

Young, the reigning Heisman Trophy recipient, returns to the University of Alabama for the 2022 season. He secured the 2021 award after throwing three touchdowns and 421 passing yards in the Southeastern Conference championship game against the University of Georgia. Archie Griffin is the only player to win the award twice. The Ohio State alum took the award in 1974 and 1975. Young is a top contender going into the 2022 season and may just become the second player in history to take the trophy twice.

A 2021 Heisman Trophy finalist, Stroud is another top contender for the 2022 season. He enters his second season as starting quarterback for the Buckeyes, leading what many believe to be the strongest offense in the NCAA. In 2021, Stroud had a 71% pass completion rate, throwing 35 touchdowns. He finished the 2021 season with six touchdowns, throwing for 573 yards in a Rose Bowl victory over the University of Utah. Ohio State saw its last Heisman Trophy recipient in 2006 when Troy Smith was awarded the trophy.

Bijan Robinson: University of Texas at Austin running back

Bijan Robinson heads into the 2022 season as a top-ranked running back. The junior averaged 6.5 yards per carry in his first two seasons. In the 2021 season, he accumulated 1,422 yards from scrimmage and 15 touchdowns. The Longhorns haven’t had a Heisman winner since Ricky Williams in 1998.

Henderson was the top-ranked running back in the 2021 recruiting class. He lived up to his potential in his first season as a Buckeye, completing 19 touchdowns and 1,172 rushing yards. The true freshman averaged seven true yards per carry in the 2021 season. 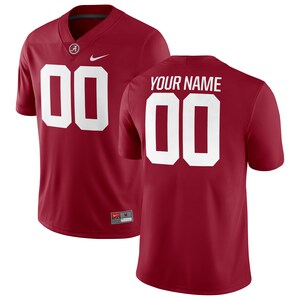 In 2021, Alabama Crimson Tides’ edge rusher, Will Anderson led the nation in sacks with 15.5. Anderson racked up 91 total tackles, 52 solo tackles, and 29 tackles for loss. Many believed those numbers should have qualified him as a 2021 Heisman finalist, but it’s difficult to become nominated as a defensive player. Sporting News reported that Anderson is likely to be a number one pick in the 2023 NFL Draft.

Williams started his college football career at the University of Oklahoma but is headed to Southern California to lead the Trojans this season. Despite playing in only seven games, Williams threw more than 2,000 yards and completed 24 touchdown passes. He averaged 5.6 yards per carry and 9.2 yards per passing attempt in 2021.

Rattler was a top pick for the Heisman Trophy ahead of the 2021 season. However, he struggled to click with the offense at the University of Oklahoma. Many suspected he would go to the NFL Draft, but Rattler transferred to the University of South Carolina. He’s still believed to be one of the top players in the nation and is anticipated to be a better fit for the Gamecocks.

Although these players don’t have as much experience, they’re expected to make a big impact in 2022.

Miami Hurricanes up-and-comer Van Dyke came on as starting quarterback in September 2021. Van Dyke finished the season with the eighth-best quarterback rating in the Football Bowl Subdivison (FBS). He threw 2,931 passing yards and completed 25 touchdowns. He ended the 2021 season by passing for 300 yards and three touchdowns in six consecutive games.

At only 17 years old, Allen had a highly successful first season in the FBS. The Badgers running back had the highest yards per carry in the FBS with 7.1 yards. He collected 1,019 rushing yards and 12 touchdowns in the 2021 season. Allen finished the season with seven consecutive 100-yard games. While many consider a running back an unlikely Heisman Trophy recipient, ESPN called Allen a “genuine contender.”

Although Richardson didn’t start as quarterback in 2021, he played a major role in Florida’s offense. The rising sophomore gained valuable experience in 2021 and fans are anticipating a breakout season for Richardson this year. New head coach Billy Napier is expected to revamp the Gators’ offense. Richardson is anticipated to be a key part of that force.

Although Ewers didn’t see playing time at Ohio State in 2021, he’s expected to make a big impact for the Longhorns this season. Ewers transferred to Texas after sitting behind standout quarterback C.J. Stroud at Ohio State. Ewers was the number one overall pick in 2021 and even skipped his final year of high school to join the Buckeyes. Many expect Ewers to lead Texas to a top spot in the Big 12 this year.

The Ones to Keep in Mind

These players won’t be top-of-mind contenders headed into the 2022 season, but Heisman recipient history shows that anything is possible. Keep an eye on these players this year.

Despite completing 55% of pass attempts in the 2021 season, there’s a positive buzz around Uiagalelei heading into the 2022 season. He led the Tigers to a 9-3 record last year and finished the season with a 9-10 touchdown to interception ratio.

Smith-Njigba is known for his route-running skills. The wide receiver went for 100 yards or more in five games in the 2021 season. Smith-Njigba has broken multiple Buckeye records and broke Rose Bowl records in 2021, completing 15 catches for three touchdowns and 347 yards. It’s not common for receivers to win the Heisman Trophy but University of Alabama alum Devonta Smith proved that it’s possible. Smith won the Heisman Trophy in 2020.

Gibbs has accumulated statistics in alignment with former Heisman Trophy running back recipient Reggie Bush. At Georgia Tech, Gibbs accumulated 470 receiving yards, 746 rushing yards, and 589 return yards. He was ranked third in the FBS for all-purpose yards with 150.4 yards per game. He transferred to the University of Alabama, where he’ll join the Crimson Tide this season.

The Heisman Trophy has been awarded to standout players since 1935. Here are the last 10 years of recipients, including their respective positions and schools:

Sports fanatics know that the top Heisman Trophy candidates fluctuate throughout the season. From injuries to team chemistry, it’s hard to predict who will secure the prestigious award. Regardless of who takes the trophy, prepare to support your favorite teams this season with officially licensed sports apparel, memorabilia, and sports collectibles from Fanatics. There is something for every fan, no matter the league.

I Had to Buy THIS CARD